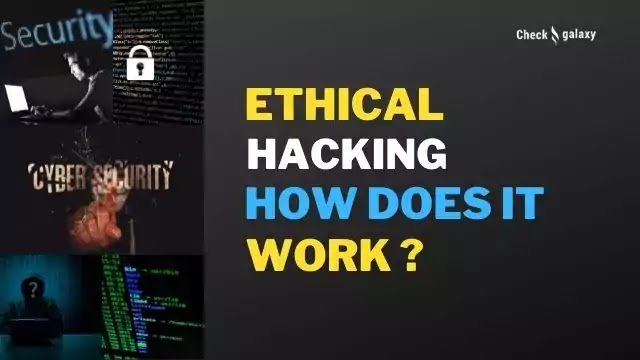 As cybercrime grows, so does the need for ethical hackers in every private company and government organization. And almost every company realizes that they need ethical hackers to protect their systems and data. However, there is no fixed pattern and type of cyber attack, through which you can easily understand that your system has been hacked. Instead, there are many types of cyberattacks, such as –

When a cyber-attack occurs, the situation becomes much more difficult, and you must know which system can hack data and devices. That is why the demand for ethical hacking is increasing rapidly. If at this time you have an Ethical Hacking Interest and would like to start your career in Ethical Hacking, then I would like to inform you that the position of Ethical Hacker will be good for you, and we will tell you the road you have to cross and the process to reach that position. So we urge you to read this post in its entirety and read it carefully.

What is Ethical Hacking?

Ethical hacking is a proactive source of information security and is called Penetration Testing. Businesses and all organizations hire ethical hackers to improve their networks, applications, and other computer systems. Ethical hackers hire because the company’s data cannot be smashed through a cyber attack and that the data is fully secure.

When was the word hacking first heard?

The word hacking first appeared in 1960. When the Massachusetts Institute of Technology (MIT) machinery was hacked to make it through better technology. At the time, those who had a fair share of frustration with computer programming saw hacking as a compliment. Then gradually the use of this technique increased in unethical work. And that’s why this word made a negative sound. Ethical hacking terms have been famous since the US government used the Red Team to hack systems in the 1960s.

Here are some common types of ethical hacking:
System hacking
Web application hacking
Web server hacking
Hacking wireless network
Social engineering
Ethical hacking is also a process that is done through these 6 steps given below.

There are three main types of hackers:
Let us now know the details about Ethical Hacking and these types.

What is White hat hackers?

What is a gray hat hacker?

Gray hat hackers are just like black hat hackers hacking the system in a bad unauthorized way. But such hackers have no bad intentions. These hacker systems hack all the loopholes, vulnerabilities, intelligence agencies, and law enforcement agencies. All of these people hacked the computer system and reported the system bugs to the administration so that the organization could easily fix these bugs. And so black hat hackers can take advantage of these bugs to steal organization data.
Gray hat hackers can fix the defects in the system with a fixed amount of money.

What is a black hat hacker?

These hackers maliciously enter unauthorized systems or networks without permission and damage system security. And the purpose of hacking such a person is to steal passwords, financial information, personal data.

Their job is to disclose the vulnerability of the company’s security system. So that the defects in the company’s system can be fixed quickly. And so that there is no cyberattack on the system. Big companies hire all these ethical hackers. So that their system can be protected from major cyber attacks. Today we will give you all the details about Ethical Hacker. You can also find out which companies employ ethical hackers.

White hat hackers or ethical hackers work to secure the systems of all organizations, knowing in advance where the bad hackers can carry out cyberattacks on any network. An ethical hacker has the answers to all of the following questions –

General Vulnerabilities of the system

Below are some International Certificates for Ethical Hackers that we have given you –
In addition to these certificates, you need to have your own technical skills. Such as –
Below are some of the operating systems that shouldn’t die.

You need to have such skills.

What is a technical hackers job company?

What is the salary of ethical hacking job?

The salary of an ethical hacker like Shah is Rs 5 lakh per annum. And with a good academy and good skills, and ethical hacking job salary can be up to Rs 30 lakh. Clearly, this means that you become your field expert and your salary package will continue to increase automatically.
Friends, the job of ethical hacking can be very challenging. Your interest and high demand for ethical hacking will anchorage you to take on such challenges. And you know, cybercriminals are experts in their work, so ethical hackers need to be one step ahead of them. Only then will ethical hackers know the mindset of bad hackers, and will be safe in the organization’s network. So all the big companies like to hire expert ethical hackers. And to be an Expert Ethical Hacker you have to have Ethical Hacking interests and Ethical Hacking skills with good courses and knowledge, then you will get placement in a good position.

We hope you have found all the information on how to be ethical hacking. Now if you have any questions about this be sure to ask through our comment box, we will reply to your question soon. And if you think this is What Ethical Hacking: How Does It Work? Please let me know if the post needs to be further improved.